I recently read Isaiah Berlin’s famous essay two concepts of liberty in which he delineates between two different historical understanding of the notion of liberty; the negative and positive liberty chiefly in their political sense. The essay is both concise and very clear in exposition, and rich in terms of various historical events and references. After rereading it, I felt I was left with a sense of real and original intellectual force.

For the purpose of this post, I merely intend to report my understanding of his formulation of the crucial distinction between theses two concepts of liberty and the importance and usefulness of having this distinction in mind for our political discourse.

However, before we delve into our philosophical contemplation, here is a pretty cool BBC documentary featuring an interview with Isaiah Berlin. if you are curious about Berlin’s personality and his life, I will totally recommend it. You will learn amazing facts about his interactions with giant intellectuals of 20th century, most notably J. L. Austin, A. J. Ayer, Ludwig Wittgenstein, John Maynard Keynes and Virginia Woolf. His views about political upheavals of 20th century is enlightening as well. For instance, he mentions somewhere in the interview that the conservative British politicians from his college, All Soul College Oxford, such as Sir John Simon, Secretary of State for Foreign Affairs (1931-1935), regarded Soviet communism ideologically far worse than Nazi Germany and Hitler and Fascist Italy and considered growth of these dictatorial regimes as a shield against spread of communism!!! 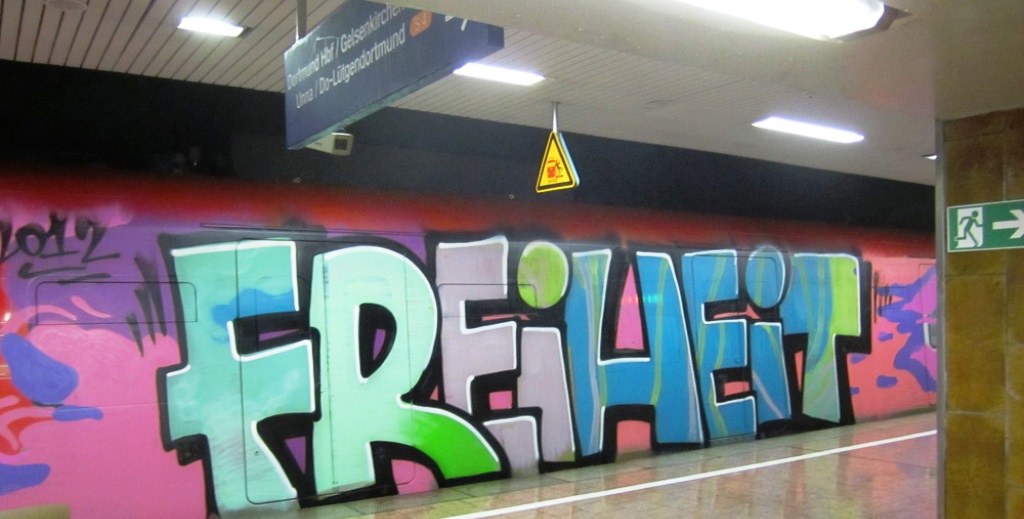 Two ways of conceiving the concept of liberty

There are myriad of ways that human beings think and have thought about their freedom in many different contexts. What Berlin does in this essay is demonstrating that the two modes of thinking about liberty, that is positive and negative, are more fundamental and more inclusive than any other modes. Almost all formulations somehow will fall into one of this divisions. First, the idea of negative and positive liberty is not due to Berlin himself and goes back at least to Kant. (negative and positive liberty). The terms “positive” and “negative” do not signify moral judgements on the kinds of freedom, but rather are indicative of their philosophical meanings. As Berlin writes

The “positive” sense of the word “liberty” derives from the wish on the part of the individual to be his own master.

He goes on to identify two crucial and definitive components of positive liberty: autonomy and self-realization, the concepts that arise time and time again in works of Rousseau, Kant, Herder, Hegel, Marx, and many of their disciples. In positive conception of liberty, the only true method of attaining freedom, he writes, is by the use of critical reason, the understanding of what is necessary and what is contingent.

Finally, I want to hint at insufficiency of this dichotomy in characterizing the notion of liberty in the realms of participation in shared political projects and also in relationships and love.

But if we are not armed with an a priori guarantee of the proposition that a total harmony o true values is somewhere to be found- perhaps in some ideal realm the characteristics which we can, in our finite state, not so much as conceive- we must fall back on the ordinary resources of empirical observation and ordinary human knowledge. And these certainly give us no warrant for supporting (or even understanding what would be meant by saying) that all good things, or all bad things for that matter, are reconcilable with each other. The world that we encounter in ordinary experience is one in which we are faced with choices between ends equally ultimate, and claims equally absolute, the realization of some of which must inevitably involve the sacrifice of others. Indeed, it is because this is their situation that men place such immense values upon the freedom to choose.

The problem is to find a form of association which will defend and protect with the whole common force the person and goods of each associate, and in which each, while uniting himself with all, may still obey himself alone, and remain as free as before.’

You May Also Enjoy

The Forbidden Naiad of Wagner’s Music

For one human being to love another; that is perhaps the most difficult of all our tasks, the ultimate, the last test and proof, the work for which all other work is but preparation. I hold this to be the highest task for a bond between two people: that each protects the solitude of the other.

Mathematics and the mind

A review of cognitive accounts of mathematics